A friend of mine recently turned me on to soba noodles. I have no idea why I haven’t tried them before but if you’re a noodle lover, it’s a must try! They reheat amazingly well (hint: perfect for meal prepping) and this recipe in particular is SUPER easy because it uses frozen vegetables! This is the second time I’m making this recipe because it’s so good, and did I mention it was easy?? If I’m making a noodle-heavy dish, I always like to make sure it’s balanced with a lot of veggies. I used two bags of frozen vegetables and a package of pre-prepped veggie noodles. It makes a lot, great for feeding a big family or preparing for leftovers! This was my first time using kohlrabi noodles and I’m officially a fan. They held up really well (some veggie noodles fall apart easily), and they have a very mild flavor. You are more than welcome to spiralize your own vegetables of choice for this recipe, but anywhere I can save time- I’m doing it. 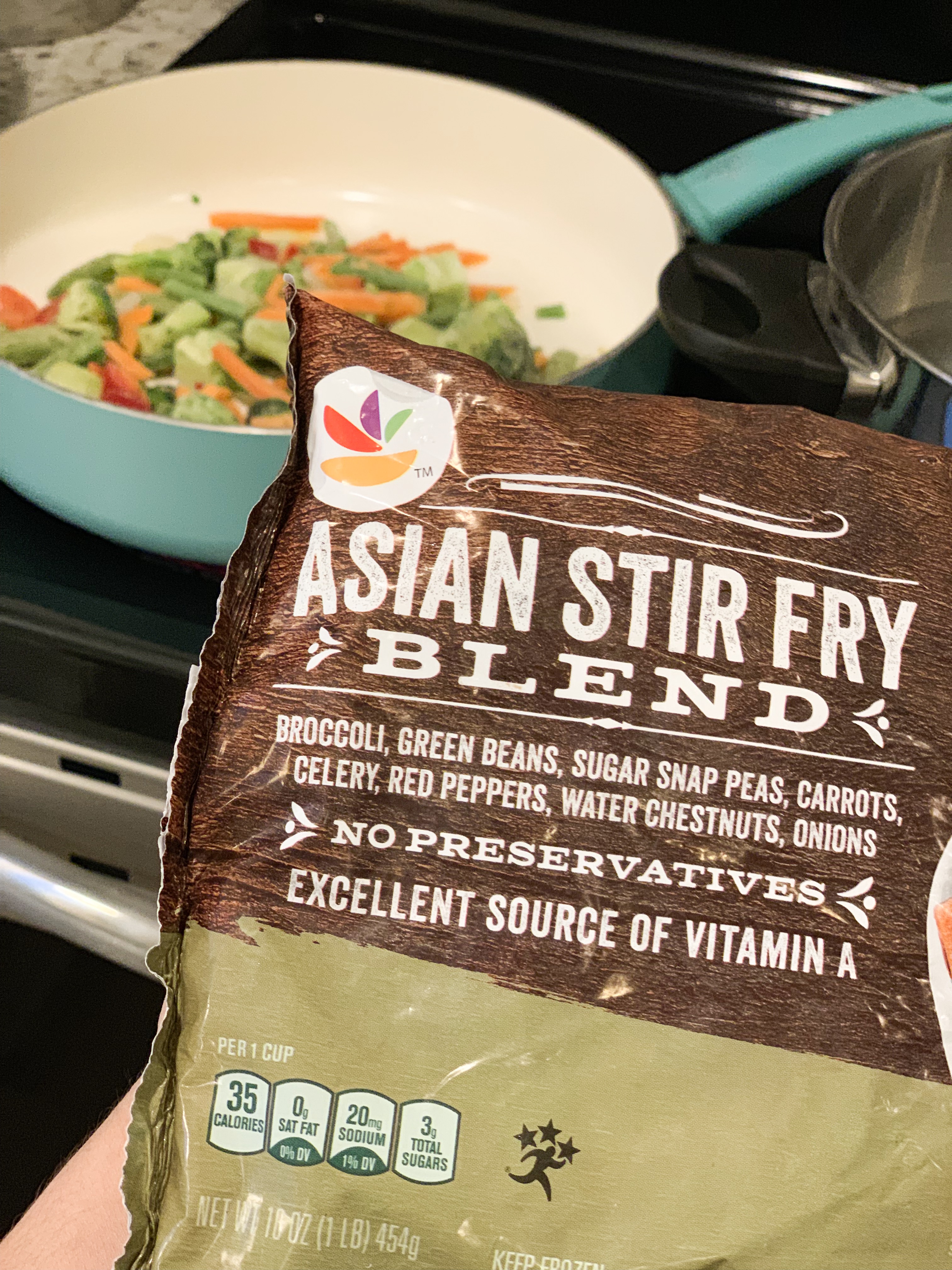 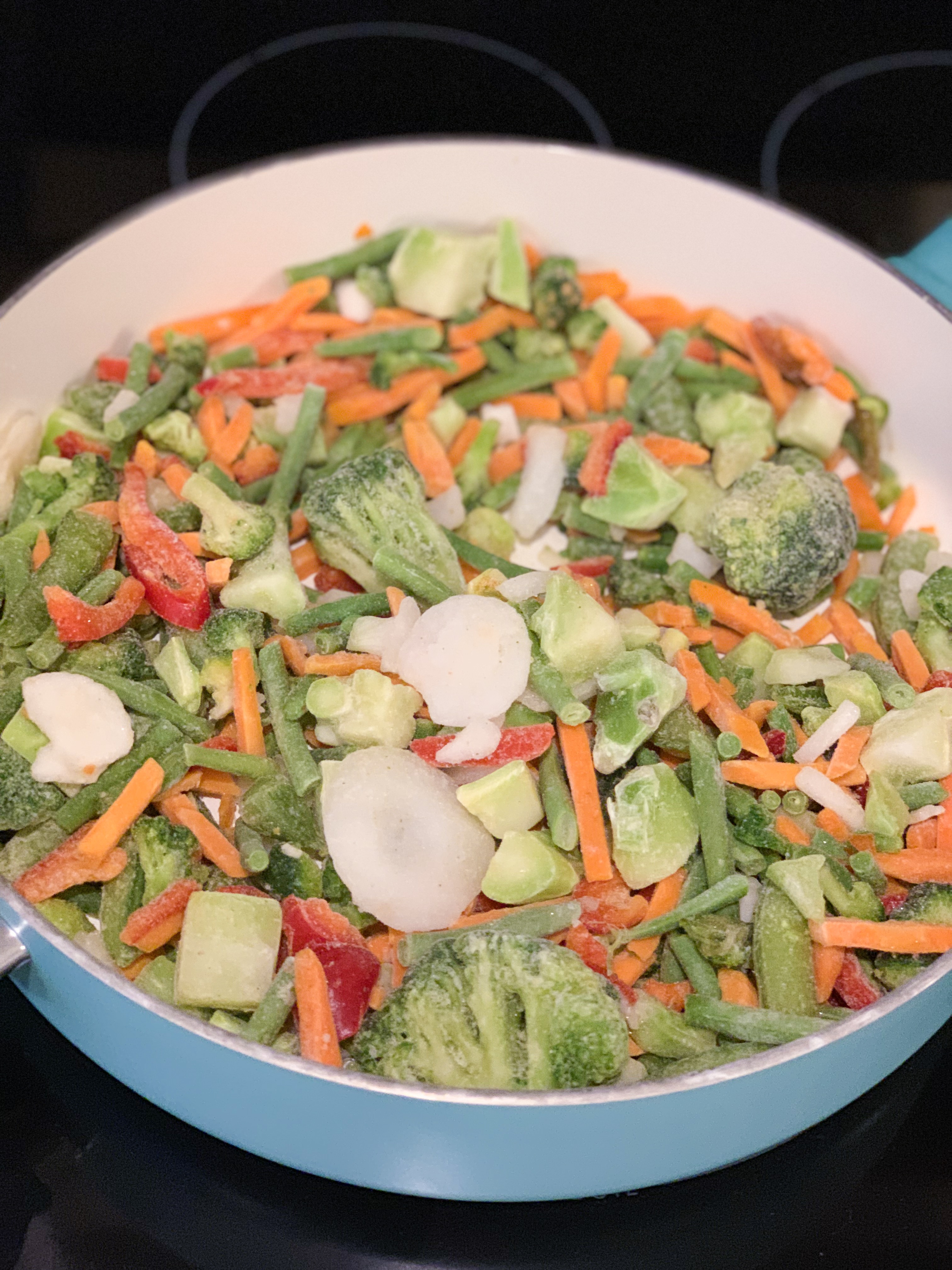 Frozen vegetables are your friend. Seriously, read that again. So many people think that frozen vegetables aren’t as “good” as fresh vegetables, and that’s just not the case. Frozen veggies (with nothing added, always check the ingredients!) are full of the same nutrients as fresh- sometimes even more so because they’re flash frozen right at harvest instead of sitting in the produce section. Not only are they still nutritious, but they’re a huge timesaver. Look at all of the different vegetables in this dish- prepping all of those different vegetables would have been way more expensive AND would have easily tripled the prep time. Throwing frozen veggies into flavorful stir fries like this one is my favorite way to use them.

Finally, a word on coconut aminos- which is what I used in place of soy sauce in this recipe. If you’ve never tried them, coconut aminos are made from the sap of coconut blossoms + salt. Just ONE TABLESPOON of regular soy sauce usually has ~1,000mg of sodium….. which is insane. Ever feel ridiculously bloated after ordering Chinese takeout? There you go. So while coconut aminos are not sodium free, the sodium content beats out even “lower sodium” soy sauces by a landslide. It still isn’t sodium free, so always be mindful of how much you’re using. I also recommend reading the nutrition label on whichever coconut aminos you buy because they do vary- I’ve seen some that have ~100mg/1 tablespoon and some that have ~300+mg/1 tablespoon.

I hope you love this recipe is as much as I do! I plan on making it again very, very soon! 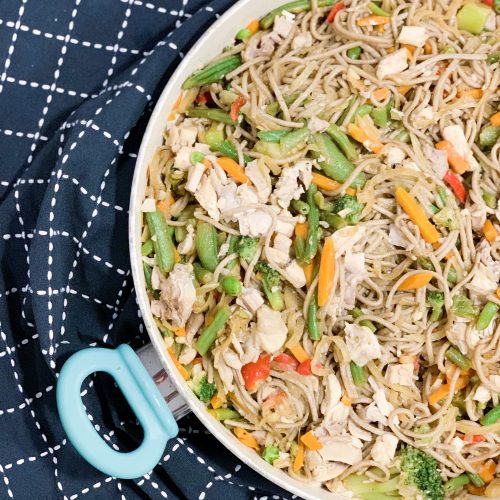